I Always Knew You Were a Bitch 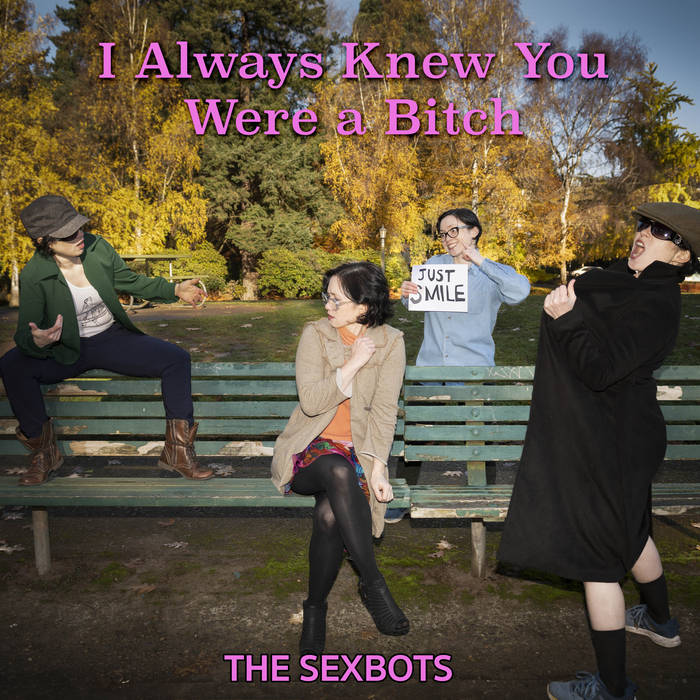 Towards the end of 2017, The Sexbots’ Ilima Considine called her work as she walked out of the courthouse with a stalking order against a co-worker. The Sheriff’s Department was going to serve him during his shift the next day. Her workplace responded by cutting her schedule to 5 hours a week- virtually firing her, because, “You’re the one with the problem.” Ilima was so mad that she went home and wrote a rap album about losing all her fucks and becoming a cat lady. Recurring themes of violence, street harassment, choosing loneliness over sleeping with the enemy, and quietly watching one’s life disintegrate - The Sexbots’ seventh full-length album “I Always Knew You Were a Bitch” is titled after a common response to a sexually unavailable woman or one who protects other women. Like the rest of the Sexbots’ catalogue, there is a surface prettiness to the sound which belies the dark lyrical content. It’s a rap album- but not a hip hop album, kind of like Jhene Aiko meets Serge Gainesbourg. Bell chimes and cosmic sounds tie together tracks from Oregon producers T-Walk, DJ Ceez, Adaptr, and Eugene’s wild child Asol.

Last known, the State of Oregon was pursuing an Extreme Risk Protective Order against Ilima’s stalker. She now has a safer day job.

I hope you feel things when you listen to this album.